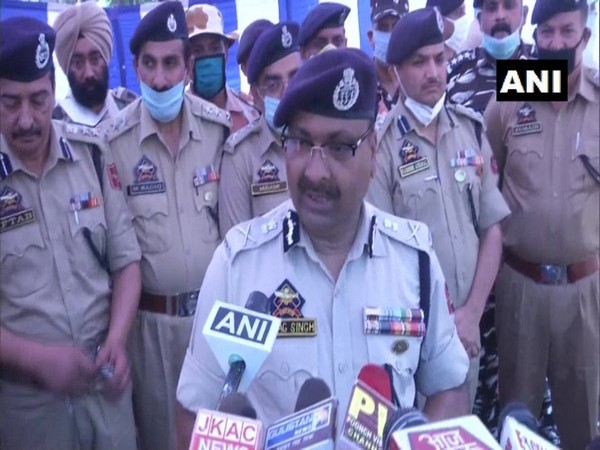 Poonch (Jammu and Kashmir) [India], June 30 (ANI): Jammu and Kashmir Director Common of Police (DGP), Dilbag Singh on Tuesday mentioned that Pakistan is repeatedly attempting to ship terrorists from their launching pads, however many such makes an attempt have been foiled earlier and will likely be thwarted in future too.

“Pakistan is repeatedly attempting to ship terrorists from their launching pads, however many such makes an attempt have been foiled earlier and will likely be thwarted in future too. Right now a evaluate will likely be taken concerning the inner safety preparations right here together with the scenario on the border and our infiltration grid,” mentioned Singh.
“I’m pleased to obtain the studies given by our officers from the sphere stating that our safety grid is working strongly on the border in addition to within the inner areas,” he added.
DGP Singh continued saying that the anti-terrorist operations are additionally going down in Kashmir following which 48 terrorists have been killed to this point this month.
“Throughout this yr almost 128 terrorists have been killed together with a serious variety of terrorists belonging to Hizbul Mujahideen. Round 70 of them belong to Hizbul Mujahideen, round 20 belonged to Jaish-e-Mohammad whereas round 20 belong to Lashkar-e-Taiba,” mentioned Singh.
“South Kashmir which grew to become a hub for terrorists…the variety of terrorists have been declined there in a short time. In reality, the youth who used to get provoked by them has additionally decreased. We helped such kids and their households. At the moment out of the brand new terrorists, solely 24 are energetic even the infiltration grid is working very strongly,” he added.
Earlier at this time, DGP Singh knowledgeable that two terrorists who killed a Central Reserve Police Power (CRPF) jawan and a five-year-old boy three days again at Bijbehara have been eradicated.
Singh mentioned that terrorists have been killed in an encounter at Anantnag’s Waghama Bijbehara space within the Union Territory. (ANI)